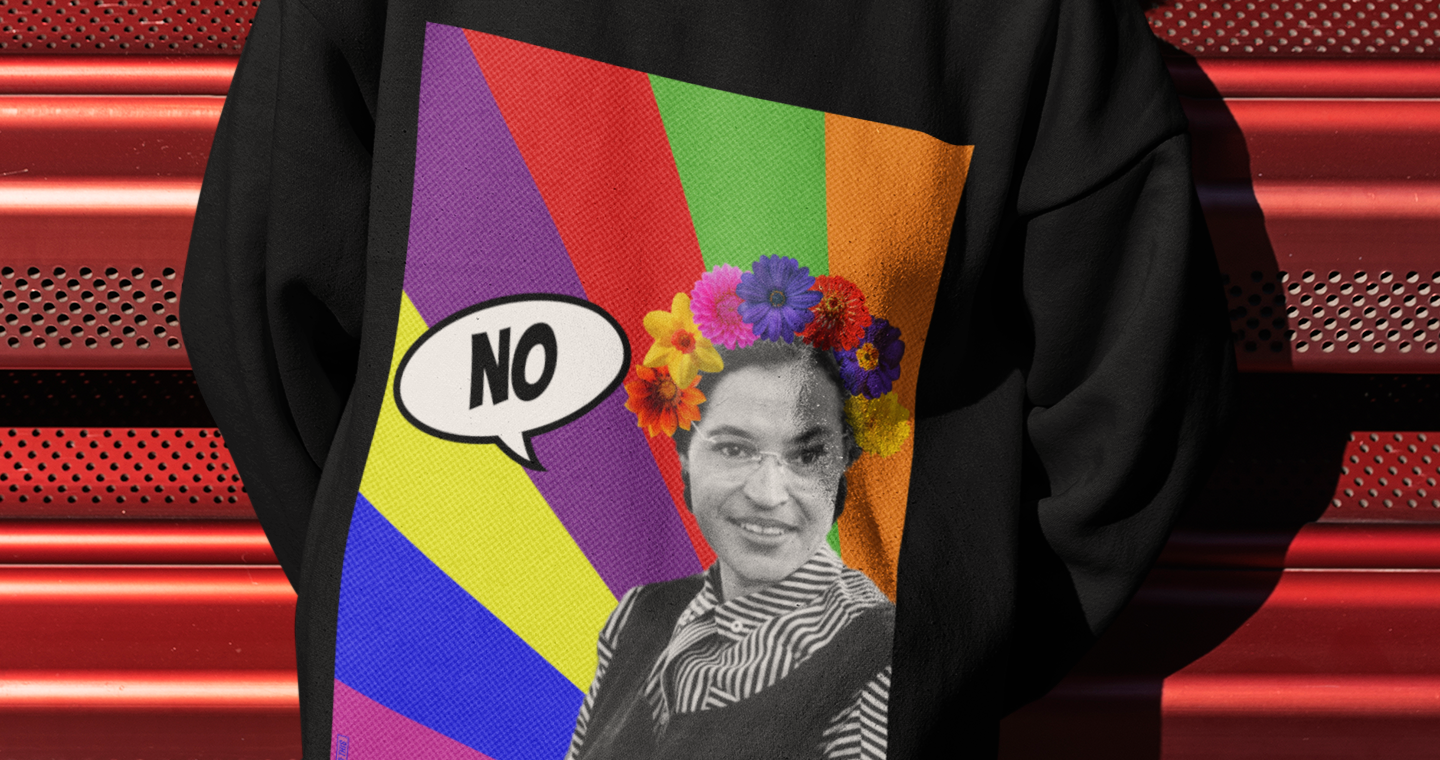 Founding Member, Nadina aka Nadina Did This, worked in fashion, and briefly baking, for years before launching her freelance Graphic Design career. It’s been a journey, but she’s happy to be where she is today, using her work to champion causes that matter to her. Read on…

I was born, and grew up, in Marseille, South of France and moved to the UK in my early 20s to go to University to study fashion. I developed an interest in fashion in my teenage years and attended a fashion workshop throughout high school. However, I couldn’t afford to go to fashion school in France as they’re quite expensive so I ended up going to University in Aix-en-Provence to study Foreign Languages instead. When I graduated and realised I wasn’t sure this was the path I wanted to pursue career-wise, I took time off studying and went to Manchester to work as an au pair for a few months. At the time, I was looking at fashion courses to attend in my spare time and came across the Clothing Design and Technology degree course at Manchester Metropolitan University. I could get funding to attend and was happy to go back to Uni so I applied, got in and studied there from 2005 to 2009.

After graduating, I worked in product development in the fashion industry for a few years, mostly in Manchester but also in Bahrain, and later on in London. The work I was doing within fashion was very technical and not very creative so I ended up pursuing creative hobbies such as sewing, baking and screen printing to make up for it. I reached a point where that wasn’t enough any more to fulfil my creative aspirations and at the end of 2017, I took a break from fashion to explore alternative creative paths. As I was doing a lot of baking at the time, I decided to try out working as a baker in professional kitchens and moved to London in the process.

Whilst working as a baker, I started doing lettering as well (which I was really into at the time) but I soon realised I wasn’t good enough at hand drawing to bring to life my ideas the way I envisioned them and moved onto working with typefaces instead, which made my design process a lot easier and quicker. I developed a strong interest in fonts and graphic design when I was at Uni so working with typography was a natural progression. Early 2019, I started doing graphic design projects on the side and decided to keep that going as a side gig.

When the pandemic hit last year, I was back working in a fashion head office and I got made redundant. This prompted some serious questions about what I really wanted to do work-wise as I was feeling more and more uncomfortable with how unsustainable the fashion industry can be, especially in terms of how it treats garment workers in “developing” countries, and also the environment.  The pandemic really amplified that feeling and as a result, I decided to focus on graphic design full-time as I knew this would give me the opportunity to do work that really matters to me. I went freelance, which I had never done full-time before, so that was a scary move to make. But thankfully, I have been able to work on projects since that confirmed it was the right choice and today, I feel even more confident about choosing this path and seeing where it takes me. Working with typography has allowed me to be more vocal about things I care about, such as social justice and representation, and I hope my work can inspire other people to speak up about the things that matter most to them.

I’m currently learning to paint murals with the Lewisham School of Muralism, which has opened new creative avenues to explore within my work. So my current goal is to figure out the best way to connect my digital and painting work, and see where that takes me. I had the opportunity to do a couple of outdoor projects over the past year and I am really keen to do more over the next few months.

I need to make time for personal projects so I’m trying to come up with ideas to make that happen!

Thanks for sharing your journey, Nadina! Got any questions for Nadina, or just want to say ‘hi’? Reach out to her via our ‘Members’ page. Not a member yet? Join us today for networking, mentoring, resources & more!